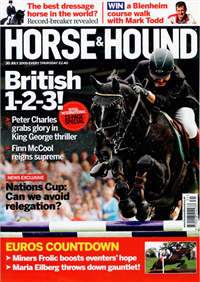 Mary King, said: “Although I am usually very sceptical about alternative approaches, I was attracted to the Lightning Process by the high-proﬁle names whose families have beneﬁted from it, such as Austin Healey and Esther Rantzen.

“The results are extraordinary – seeing is believing,” she said. “Emily is back to normal after being very poorly for four months — and I am pleased to say she is now back in the saddle, having previously had no energy at all.”