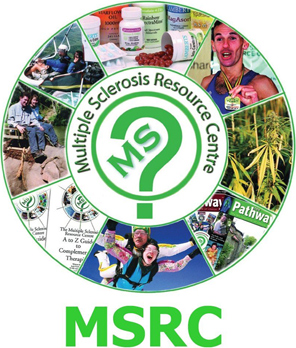 A new training approach called The Lightning Process is getting some very promising results with MS and helping many others.

The Lightning Process And MS Phil Parker says one of the first things he noticed when he started looking at MS was that the multiple lesions remain relatively unchanged during relapses and remissions. He felt that these lesions couldn’t be the only factors involved in determining the way MS expressed itself; there had to be other factors at work.One of these factors, Phil Parker believes, is the body’s physiological emergency response which it mounts in response to danger. One of the effects of this response is an alteration in immune system activity. By focusing on ways to quieten an overactive physiological emergency response, he hypothesised that it should be possible to encourage healing and restore good immune system function and prevent the worsening of symptoms.

Case: Sue Bryan – Back In The Swing Of Things
“Things Started To Improve Remarkably Quickly”

Sue Bryan, 62, from Lowestoft, Suffolk, was diagnosed with chronic progressive MS in 2002. A retired banker with two grown-up sons, Sue went on a Lightning Process course in 2008 and has enjoyed a much better quality of life since. “Before I went on the training programme I was experiencing fatigue, muscle weakness and occasional pain, excessive but un- refreshing sleep, leg spasms, bladder and bowel problems. I had stiff, uncontrollable legs which sometimes felt heavy as lead and there was some pain. I was very unbalanced and was unable to walk more than 75-100 yards without a cane or assistance. I couldn’t get through the day without a nap. On the training I was asked what my goals were. I said they were to walk easily and unaided, to sleep better, to have better control of bladder and bowels, to be energetic and be able to play golf three or four times a week, to walk on the beach and up mountains and enjoy cooking, swimming and reading.

Things started to improve remarkably quickly. After the first full day on the course I felt more confident and assertive and much less tired. My walking was noticeably steadier and I was already feeling ready to tackle tasks that I had lacked the confidence to undertake because of my MS symptoms.

By day two I was noticing improved balance and better ability to manoeuvre. My bladder control also improved and I only got up once in the night, as a consequence I awoke more refreshed than usual. The improvements just continued. One week
after the training I walked 600 yards to the post box without a cane – the first time in four years. I was now able to go up and down slopes with care and a little assistance. I also played 27 holes of golf (using a buggy in between holes). I was up all day with no naps, although I still experienced occasional tiredness.

Four weeks on I could walk for 1.6 miles unaided and with plenty of energy. Four months after thetraining programme my walking on rough ground had improved. One day I walked a whole mile on uneven ground along a beach with the waves lapping over my feet – a first in 10 years. I found I was able to stand unaided, steady as a rock, and no longer experienced any balance problems. I felt very happy.

Twenty months after the training I am once again living the life I want to live with minimal interference from my MS symptoms. I am travelling, golfing, helping people and socialising with little need for rests. I may occasionally feel tired or my legs sometimes less good, but by using the Lightning Process I am able to limit the impact and complete tasks that before I would have had to abandon.

Case: Jo Smith – Back In The Saddle!
“I am able to do so much more”

Jo Smith, 33, from Sudbury in Suffolk was diagnosed with relapsing remitting MS in 2003 when she was 25. During the next five years she had a variety of MS symptoms including loss of sight and walking problems. She did the LP training last year. She lives with her partner Matthew and hopes to start a family soon. Before MS was diagnosed I used to lead a very
active life riding horses, competing and earning my living as an international groom. I also used to supply speciality saddles. However, after being diagnosed I was unable to do much work as I had too many attacks and relapses, some severe enough to blind me or to keep me on crutches for a year.

I only partially recovered after attacks and felt I was battling different symptoms daily with stress and tiredness making them worse. I also had irritable bowel syndrome (IBS). When asked what my goals were on the LP course I said I desperately wanted to feel happy, stay well, and enjoy life. I also wanted to get back into horse riding and competing again, and to work again, or retrain. I wanted to play tennis and hockey, go to the gym and enjoy my interests of photography, shopping and the internet. I also wanted to start a family. During the course I was able to enjoy a bath without pain, drink and eat things I had not been able to eat at all, like potatoes, baked beans, coffee and toast,
without the anxiety or IBS repercussions. It’s true – I was happy. I felt able to do so much more than usual. For instance after a full day of training I went out for a drive, enjoyed the pier at Southwold, came back, made myself a meal, and socialised with the other course members.

I also had a massage, enjoyed seeing a friend and went to bed late. After a good night’s sleep I was able to get up promptly and do another whole day of the training course. In my follow-up one week after the course I reported that I had got up at 6am to go to the supermarket. I found I was generally doing lots more than I had been able to do before LP and I was noticing no MS symptoms at all. Seven months later I raised money for Sport Relief by doing a run! That’s incredible as a short time before I was unable to run anywhere. I am now also holding down a part time job.

Going On A Course

Before going on the course participants are assessed by telephone to establish if they are ready to take on the challenge of fairly intense and demanding training which will need to be applied during the course and afterwards.
Commitment is important and not everyone who applies is accepted. Participants sign an agreement that commits them to deeply and honestly examine their beliefs and be prepared to consider changing anything that the trainer identifies as being destructive.

On a course, participants are trained to become more aware of posture and the way they use their bodies to stimulate better body- brain connections. This allows the body and nervous systems to switch from a non-healing cycle to one
that encourages good immune system functioning and healing.

Certain ground rules apply to the course, even though it may not always be what participants want to hear, trainers will
give them no-nonsense, honest and essential feedback. After the course there are follow-up sessions either by phone or face to face. Participants are advised to stay in touch with their trainers to keep them updated about their progress, informing them of anything they need help with.